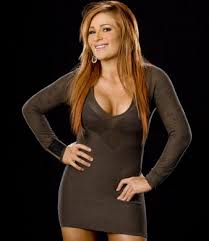 I’m one of your UWE blog correspondents, Adam, and I’ve conducted interviews with reigning Champions Amy Gobraless and The Armenian Beast in the past. More recently, I got an exclusive word with Caroline Cage. The General Manager decided to share a few words in a brief game of word association.

Champion
Gurgen – The Armenian Beast, he is at the top of the UWE brand and subsequently must be honored as the champion the others aspire to be.

Faction
Morsmordre – With Asylum, Sorrow and Cthuhlu this faction has proven to be deadly.

Vacation
Needed – I could use a vacation. Ronnie and I have paid visits to some of the locales during the tours, but it’s mostly for work and business.

Music
Love – I absolutely love music of all kinds. I have radio stations playing constantly. Everything from Indie to top 40.

Video Games
Boys – Your GM doesn’t play Xbox One or PS4. I will play Wii from time to time, but not as of late.

Women’s wrestling
Fan – I’m a fan of the sport and if it involves the ladies they got my support.

Tour
Japan – That comes to mind because the board room has been talking about it. There have been other destinations discussed, but they’re all ideas at this point.

That’s all for now. Next time I will try to get a tag team like Angels and Demons, Special Forces or The Rhett Vipers. Could you imagine a double word association? I’m interested so that I can compare and contrast.